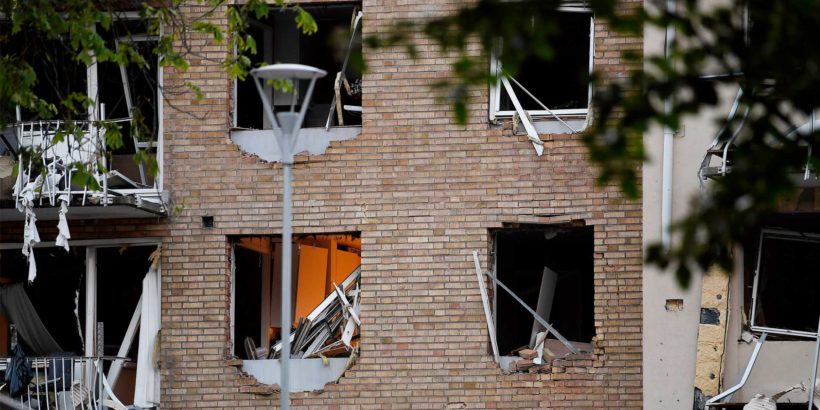 The current state of Sweden is turbulent and filled with turmoil as the crime statistics have hit the roof in just a couple of years. This is an otherwise peaceful nation with law-abiding citizens.

Now Sweden can be compared to countries with ongoing armed conflicts and warzones regarding explosions its now everyday life and nothing that raises any eyebrows. In the year of 2019 alone 257 explosions occurred around Sweden.

The perpetrators of all these crimes are criminal gangs fighting over drug distribution. The violence has spun out of proportion, making shootings and explosions a common way of solving disputes.

In all this violence you find the regular Swedish citizen, left alone to cope in an environment they are not familiar with.

Since crime is left relatively unchecked and unstopped many swedes are arming themself in whatever way they can to defend themself. However, Swedish law forbids any citizen from owning a firearm, which makes it much harder.

To own a firearm, you must have a license to hunt or be a member of a shooting club. There’s been an increase in people applying for membership in shooting clubs and wanting to take the hunters licence as an excuse for legal ownership of a gun.

Even such standard self defense weapon as pepper spray is illegal in Sweden. Entrepreneurs have taken advantage of this and created new legal alternative products with a different formula since it’s the ingredients in pepper spray that’s illegal. According to swedishshield.se, announcing these type of defense products to the Swedish market is a success since it’s a product in high demand.

Swedish authorities do not seem to manage to take control over the situation with mild sentences and a so-called sentence discount for those having committed several crimes, meaning that they might only get convicted for one crime, when in fact they committed five.

Swedes have a naive way of looking at harsh criminals. Making criminal gangs view the Swedish justice system as a joke, and they are certainly not afraid of the legal consequences of their actions.

Swedish police did launch an operation called “Rim Frost” with the purpose to disrupt crime and harass known criminals in areas known for criminal activity. The public opinion regarding this operation was in general positive since this in many peoples eyes is the first time for the police to take action against the criminal gangs that have terrorised Sweden for the past few years.

The Swedish police themself are describing the Swedish justice system as obsolete and sometimes working against them. Since this situation in Sweden is unprecedented lawmakers have not to jet caught up to new Sweden. Both the police and politicians have a huge challenge in front of them, this while Swedish citizens in more significant numbers start showing contempt for the government. Taking control of this situation is going to take time and a lot of effort and requires the whole Swedish society to stand as one against the criminals.